Charlotte Bronte: 170 and 200 years of celebration 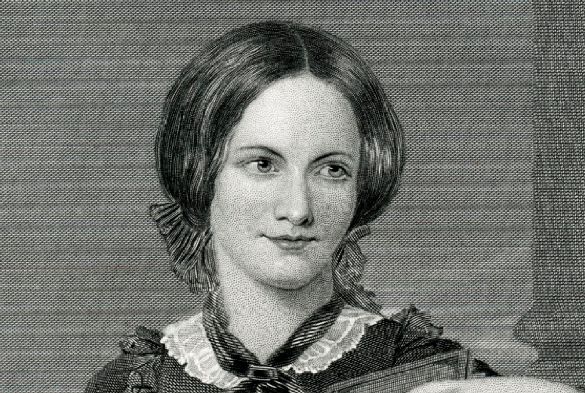 School of the Arts student, Catherine Tully, celebrates the life of one of the world’s greatest writers.

“This year marks the Bicentenary of Charlotte Brontë – the first of the famous Brontë sisters to celebrate her 200th birthday.

Despite her tragically short life Charlotte Brontë made a lasting and notable impression on the English literary canon. She published four full-length novels:  Shirley, Villette, The Professor and her most celebrated masterpiece, Jane Eyre.

Determined to write at a time when female authors were not received as favourably as men, Charlotte along with her sisters Anne and Emily published her works under a pseudonym – Currer Bell. Her newfound anonymity meant she could use her writing to bravely contradict society, continue to create intelligent and genuine heroines and create a voice for oppressed women. Charlotte is often considered the first modern woman of her time.

Dr Lisa Regan, from the University of Liverpool’s Department of English, shared her thoughts on the success of Charlotte’s novels and their relevance for current society: “Jane Eyre is the triumph of the social underdog, and its fairytale ending continues to resonate powerfully with readers today.

“Jane represents the socially isolated individual looking for a way to defy oppression, overcome barriers and discover her path to self-realisation and belonging.

“The Jane and Rochester romance is compelling and, as feminist critics on the romance novel have argued, a foundational text for women’s romance. We’ve only to look at the many film adaptations of this novel to see how that romance can be endlessly reinvented for subsequent generations.”

“It always puzzles me why we lack films of Villette and Shirley. Perhaps it’s because they both, in their own way, deny readers a straightforward happy ending. In fact, Brontë invites readers to take up their spectacles and find the happy ending for themselves.

“They make demands on readers to understand the conflicts between the individual and society, between tradition and modernity. Villette, in particular, anticipates the conflicted, alienated interiority we later find in modernist writers. Lucy Snowe is curiously uncanny to modern readers because of this, and I think this is why she remains one of the most captivating characters in British literature.”

The Brontë sisters are remembered at their family home, The Parsonage, now a museum, which plans to hold events over the next five years to celebrate Bronte200, which marks the 200th Anniversaries of Charlotte this year; Branwell in 2017; Emily in 2018; and Anne in 2020.

Dr Melissa Raines, from the University’s Department of English, said: “The relevance and the impact of Charlotte Brontë’s novels come, I think, from the fact that there is something incredibly human about them.

“Jane’s intense frustration with the restrictions placed upon her by her class and gender, is period-specific in its severity, but sadly not irrelevant in our world. I must admit that what draws me to the novel in particular though, and to Charlotte’s other works as well, is jealousy. In fact, I don’t think I’ve ever seen passionate jealousy done so well as it is in Jane Eyre.”

“I absolutely love it (the Parsonage Museum) and have even, half in jest but half in seriousness, talked about it as a pilgrimage of sorts. I suppose that at the most basic level, I go because I want to feel connected to the Brontës themselves.  It’s a natural impulse, I think.

“Of course, we can never know definitively what an author is/was thinking, and the value of that information is of debatable importance anyway. We learn to temper that impulse with theoretical perspective as we study. But at the same time, the desire to feel that we understand something about a writer who wrote something that touched us is a vital part of why we read.”

For students of English at the University, in a year that boasts so many literary anniversaries, it is important to remember an author and poet of such talent.  Editions of the Brontë Sisters’ works under their original pseudonyms can be viewed by appointment at the University’s Special Collections in the Sydney Jones Library.”

Reposted from University of Liverpool, Viewpoint Recently recatalogued, and celebrating its 170th birthday this month is the University of Liverpool copy of one of a handful of copies known of the 1846 first edition of Poems by Currer, Ellis, and Acton Bell.