On 17 February, colleagues in Hispanic Studies, Department of Modern Languages and Cultures, celebrated the 2017 Edgar Allison Peers Symposium with a day devoted to Spanish poetry. The Annual Peers Lecture was delivered this year by Luis García Montero, who is not only a Professor in Spanish poetry at the University of Granada but also an award winning poet (winner of the Premio Nacional de Poesía, Premio Nacional de la Crítica, Premio Loewe, and other awards.).

García Montero is a very socially committed and engaged poet (the Spanish Civil War features heavily in his poetry), and he is also deeply influenced by the work of the ‘Generación del 27’, including Damaso Alonso, Jorge Guillen, Pedro Salinas, Peers’s contemporaries. Peers himself invited Luis Cernuda to the University to give talks when Cernuda was in exile in the UK. 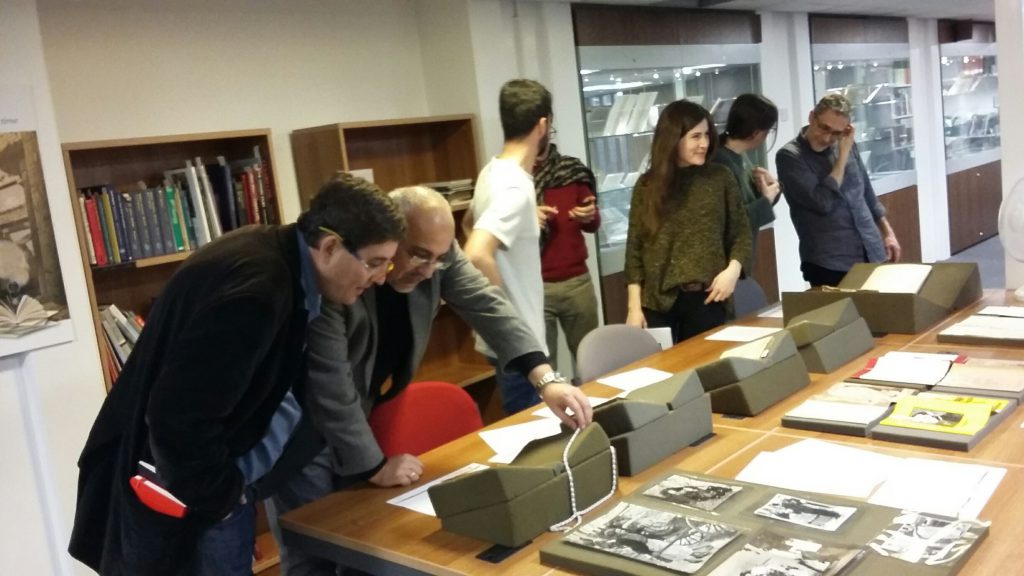 Speakers and delegates from the Symposium were invited to view a selection of items from the Edgar Allison Peers collection in Special Collections & Archives, alongside related Spanish Civil War era items from the E. J. Burford and Manuel de Irujo collections. Highlights included the contemporary press cuttings relating the escape of the University of Liverpool Summer School students from Spain, and Burford’s eyewitness account from Barcelona on the outbreak of war in July 1936. Attendees were also delighted to discover a scarce 1936 English translation of Spanish poetry by Rafael Alberti, A Spectre is Haunting Europe – Poems of Revolutionary Spain