The first staging post of the travelling Thomas Rickman exhibition to commemorate the bicentenary of the 1817 printing in Liverpool of Thomas Rickman’s epoch-making book An Attempt to Discriminate the Styles of Architecture. 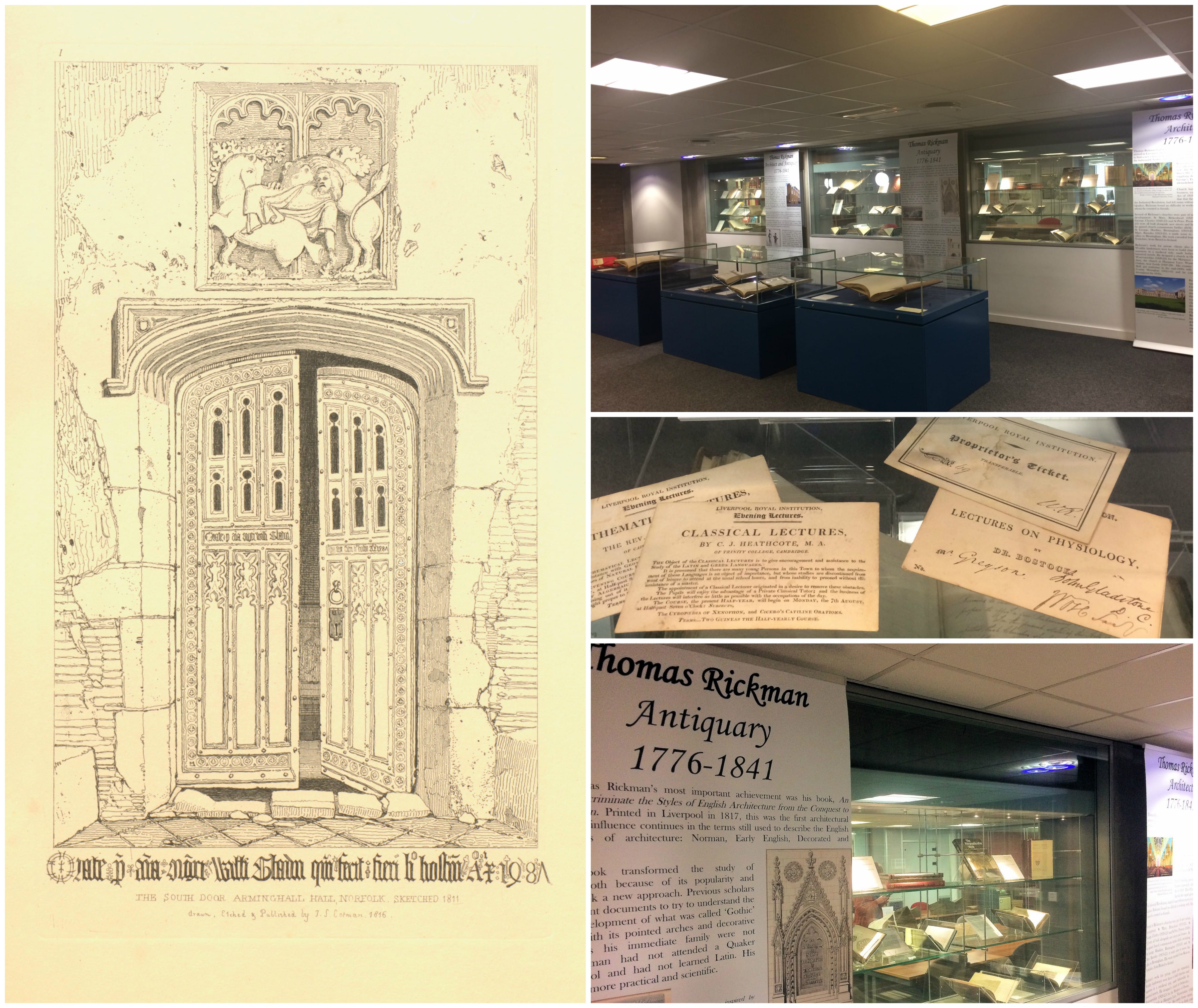 In 1817 Rickman, a Quaker accountant in a Liverpool insurance firm, wrote An Attempt to Discriminate the Styles of Architecture, the first accurate history of English gothic architecture, which became a nineteenth-century bestseller. Rickman’s Attempt was a scholarly milestone which resulted in greater understanding and appreciation for medieval architecture; its clear schematic illustrations of the varied styles of Norman and gothic architecture enabled architects to employ the styles more knowledgeably in their executed buildings. In 1818 the second Church Building Act was passed by Parliament, creating demand for his services as a recognised expert in gothic architecture with a strong financial background. Thanks to the Church Commissioners, Rickman went on to have a large and varied architectural practice.

Highlights of the exhibition include: