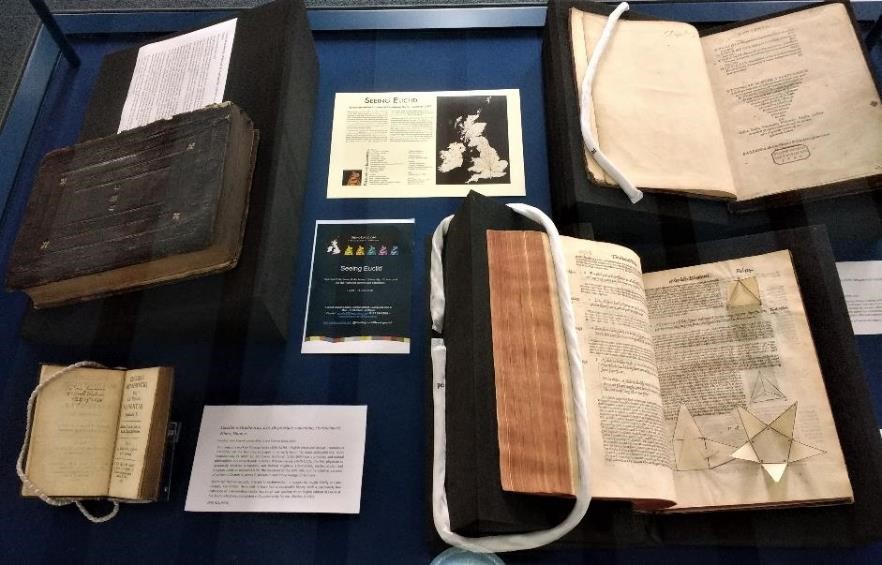 Euclid’s Elements of Geography is the subject of a new display in the Harold Cohen Library. Throughout the summer, a network of exhibitions – ‘Seeing Euclid’ – will highlight the legacy of Euclid’s work in Early Modern Britain and Ireland, with displays of books and other artefacts from the first two hundred years of Euclid in print. Organised as part of the University of Oxford’s AHRC funded research project ‘Reading Euclid’, the exhibition is a collaboration between nearly thirty institutions across Britain and Ireland.

Written around 300BCE, Euclidean geometry has held sway in Europe for nearly two and a half thousand years. It has been used by surveyors to map fields and architects to design buildings, as well as being critically important to the teaching of mathematics at many different times and in many different places. Early thinkers turned to it as a source of philosophy, whilst later readers saw in it a monument to the genius of the Greeks, or an exercise for improving the mind. Nearly three hundred editions of the text appeared between 1482 and 1700 – with a particular resurgence in the seventeenth century – and more than 1900 copies of these editions survive in libraries and repositories across Britain and Ireland. As a consequence, this text represents an important meeting point in the history of mathematics, the history of ideas, the history of practice, and the history of the book.

The ‘Seeing Euclid’ website includes details of the displays at each of the participating institutions. The display at the Harold Cohen Library runs until the 15th July and is open to external visitors as well as members of the University, Monday-Friday, 9am-6pm.

This is the earliest edition of Euclid’s Elements held by the University of Liverpool, and the first to be printed in France. Our copy was part of a British Museum duplicates sale of 1787.

This item has been owned by a number of interesting characters, including royalty.

The elements of geometrie of the most auncient philosopher Euclide of Megara. Faithfully (now first) translated into the Englishe toung, by H. Billingsley, citizen of London.

This was the first English translation of Euclid. The edition boasts striking engravings, and a number of pop-up diagrams – which give the book a 3D, interactive aspect.

This copy of a work by Thomas White (1593-1676) – English priest and scholar – contains an inscription by Dr. Sir Charles Scarburgh (1615-1694), physician to Charles II, James II, William III and Prince George of Denmark. Scarburgh was working on an edition of Euclid at his death, which was completed by his son in 1705.

More information about each of these items is available on the ‘Seeing Euclid’ website, and in the physical display.

Other works of Euclid at the University of Liverpool include:

This early, compact edition has a number of ownership marks, many of which have been obscured – or in the case of a bookplate, torn out. There is also a pencil drawing of a building on one of the endleaves. 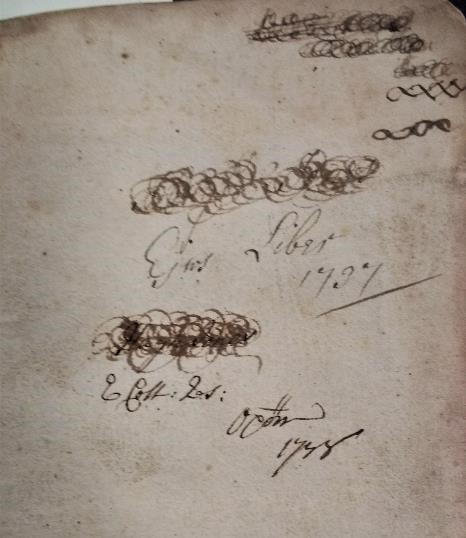 Euclid’s Elements of geometry. In XV. books: with a supplement of divers propositions and corollaries….Published by the care and industry of John Leeke and George Serle, students in the mathematicks.

This was the third complete edition of Euclid in English, and includes a reprint of the John Dee preface that first appeared in the 1570 translation. The edition also contains the first English printing of Euclid’s Data. With an engraved frontispiece portrait of Euclid and verse by G. Wharton: 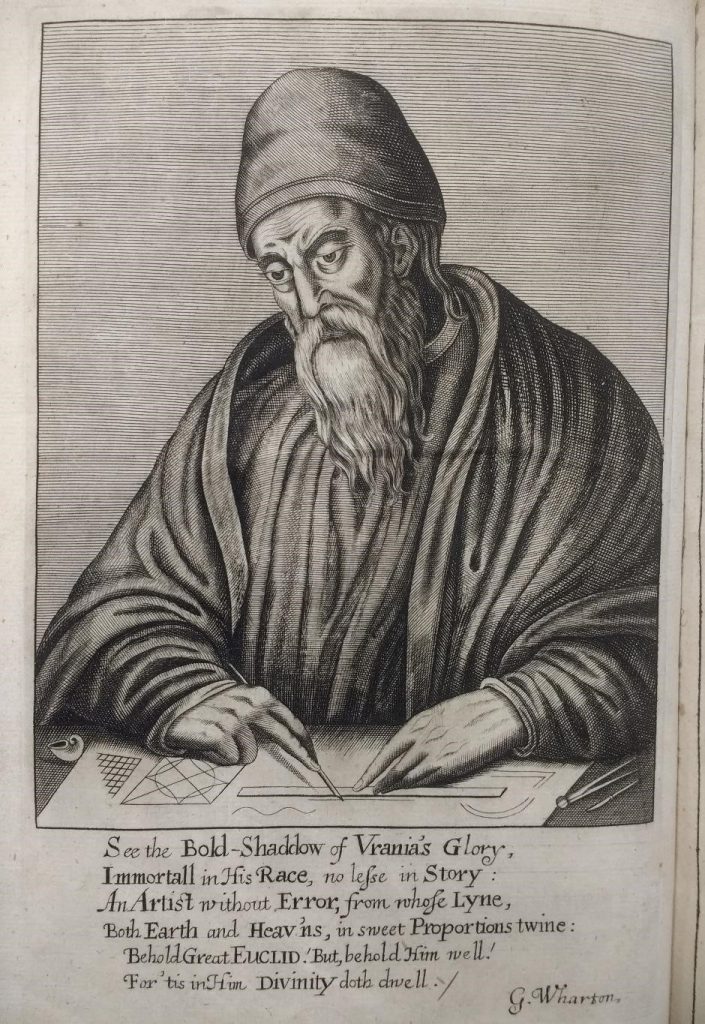