A review of some recent additions to the Special Collections & Archives reference collection held in the SC&A reading room gives a snapshot of some of the research taking place at the tables there. It include works engaged with, or illustrated from, collections as diverse as the Cunard Archive, 18th- and 19th-century Liverpool writings, the papers of David Owen, and illustrated editions of Homer. 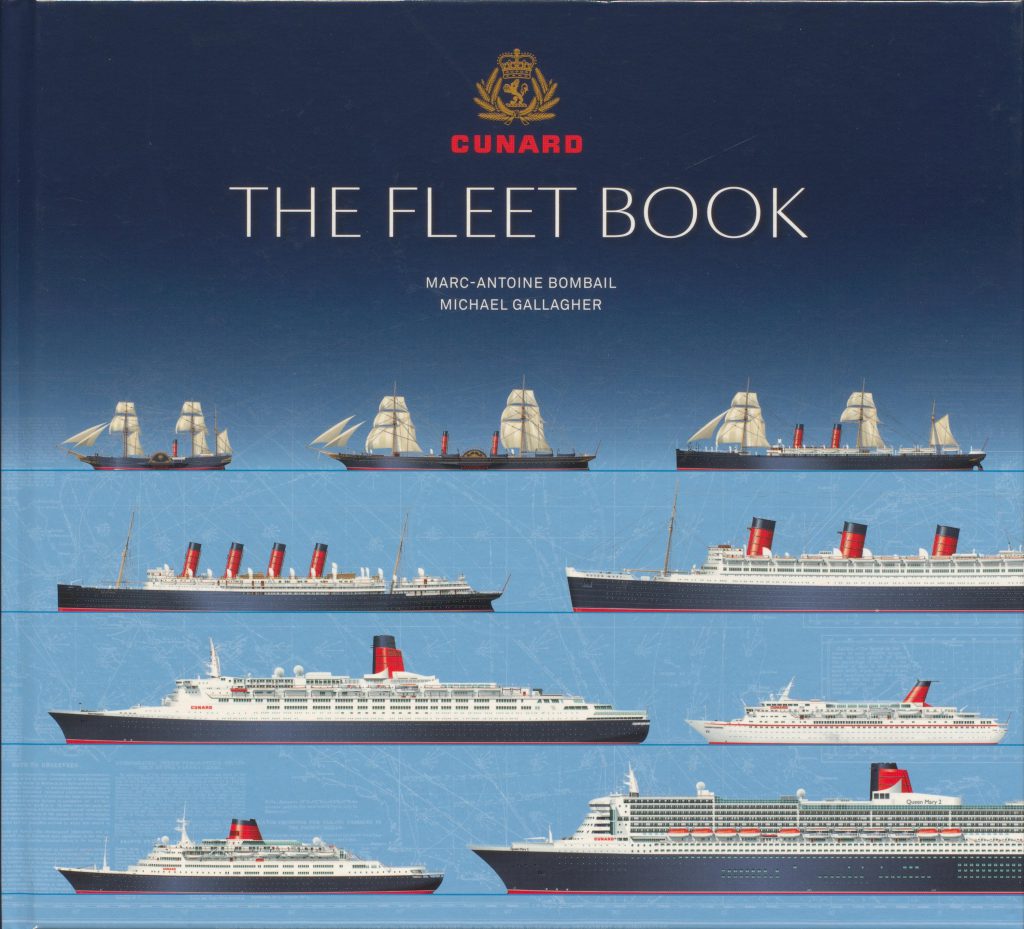 The fleet book by Marc-Antoine Bombail and Michael Gallagher gives,

A complete and detailed list of all the Cunard ships that have served with the company since 1840. Each vessel is classified in chronological order of entry into Cunard service, and has a brief description, and history, while the majority of them are accompanied by a photograph.

The book uses many illustrations from the Cunard Archive. 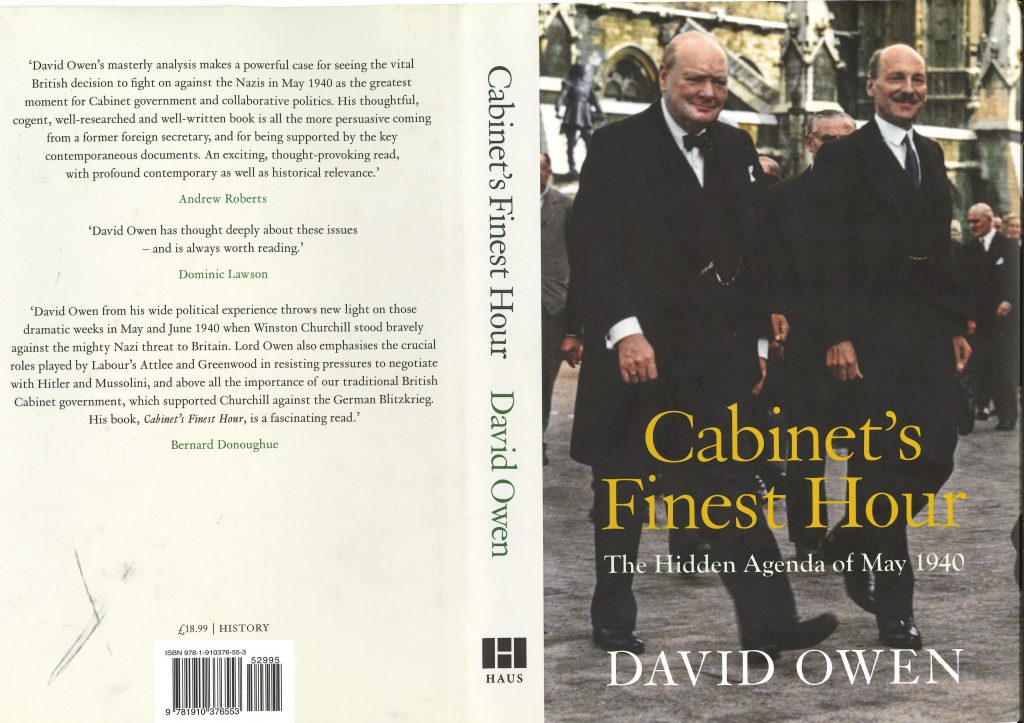 David Owen’s Cabinet’s finest hour adds to the section of the SC&A reference collection devoted to the David Owen Archive, which was deposited at the University following on  Lord Owen’s tenure as Chancellor, 1996 – 2008. 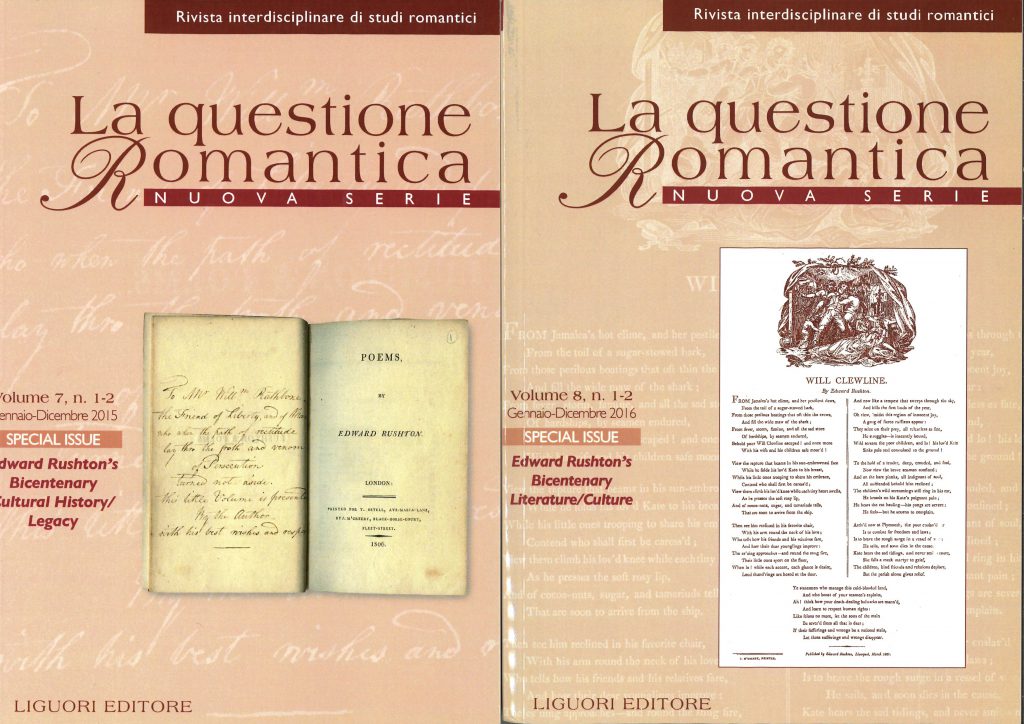 The two special issues La questione romantica on the bicentenary of Edward Rushton (1756-1814) cover many of the activities and participants celebrating one of Liverpool’s forgotten heroes. They draw on early printed editions of Rushton’s works from Special Collections and include wide-ranging essays on his career as poet, abolitionist, founder of the Liverpool Blind School and on the wider contemporary culture of Liverpool.

One aspect of that culture was the thriving ceramic industry, which also features in the most recent addition to the reference collections: 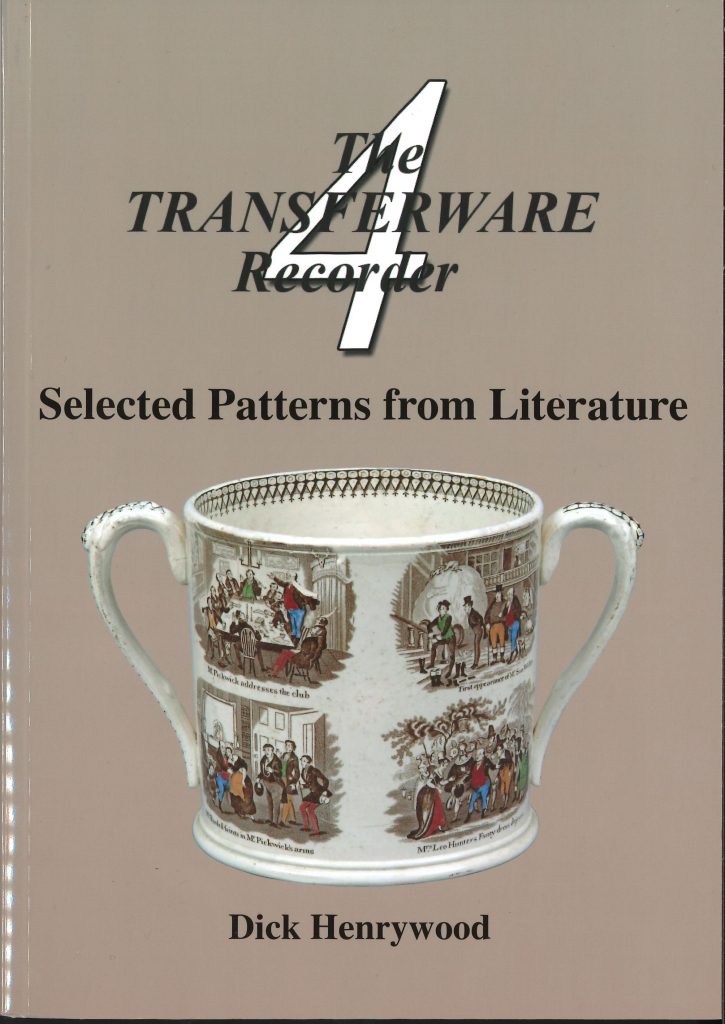 The volume includes reproductions of John Flaxman’s designs for The Iliad and Odyssey of Homer from William Sotheby’s 1834 edition in the Homer collection of illustrated editions. The designs appeared on soup tureens, vegetable dishes, sugar boxes, teapots, wash jugs, and sauceboats.

As Liverpool continues to celebrate Edward Rushton (1756-1814) “Liverpool’s most radical son” with the bicentennial conference, Edward Rushton and Romantic Liverpool, some notable contemporary works are on display in Special Collections and Archives, alongside the two newest works on Rushton, published by Liverpool University Press: a new edition of the Collected Writings of Edward Rushton, prepared by Paul Baines of the Department of English, University of Liverpool, and a critical study of Rushton, Talking Revolution, by Franca Dellarosa of the Università degli Studi di Bari ‘Aldo Moro’, Italy. 22 November 2014 marks the 200th anniversary of the death of Edward Rushton (1756-1814). Born in Liverpool and apprenticed as a sea-boy at the age of 11, Rushton contracted a devastating eye infection on a slave ship and returned, blind, to Liverpool to live on a small allowance from his father, a vintner and dealer in spirits. At various times he ran a pub (in Crooked Lane), a newspaper, and finally and most successfully a bookshop (in Paradise Street).

With the help of various assistants he read as extensively as he could and began writing poems in about 1780, publishing them in newspapers. He thus came to the attention of the small group of intellectuals and radicals in Liverpool centred on the figure of William Roscoe. In 1787 the West-Indian Eclogues appeared as a separate publication, and many of his marine ballads (notably The Neglected Tar) were sung in taverns, at theatres, and in the streets.

Rushton was a staunch support of radical causes including the French revolution and American Independence (though he continued to berate both countries for their involvement in imperialism and slavery). He protested against the use of press-gangs, British violence in Ireland, the Russian domination of Poland, and any neglect of the poor by the rich. He also wrote charity songs for the Blind School and other humanitarian institutions. Many of his poems appeared in chapbooks or as single-sheet items; some were finely printed by the Liverpool-based printer and poet John M’Creery, who also printed his Poems of 1806.

At around the same time Rushton was operated on, five times, by the Manchester eye-surgeon Benjamin Gibson, who managed to restore some sight in one of Rushton’s eyes, allowing him to see his wife and children for the first time. Rushton was well-known in the radical and intellectual societies of Liverpool. He had a wide range of political connections in Belfast and Manchester, and was much reprinted in America. He suffered from gout – the subject of some of his more comic poems – and his death in November 1814 appears to have been brought on by a proprietary gout medicine. He was buried in St Johns’ Cemetery, Liverpool, and in 1824 his son (also Edward, later a Liverpool magistrate) and the Unitarian minister William Shepherd, edited a further volume of his Poems, and Other Writings.

Copies of Rushton’s work and other material from Special Collections and Archives can be seen at the Victoria Gallery & Museum as part of the city-wide Unsung exhibition.

From Sat 1 Nov 2014 until 10 May 2015, Liverpool is celebrating the bicentenary of Edward Rushton (1756-1814) “Liverpool’s most radical son”. Contemporary volumes of Rushton’s poems, letters and other writings from Special Collections and Archives are on loan to exhibitions at the International Slavery Museum (opens Fri 7 Nov) and the Victoria Gallery & Museum, as part of Unsung, a city-wide project celebrating the bicentenary, activism and legacy of Edward Rushton. Funded by the Heritage Lottery and led by DaDaFest as part of DaDaFest International 2014. For the occasion of Burns Night, celebrated on 25 January, Manuscripts and More has a guest editor: Professor Paul Baines of the School of English has uncovered the author of an anonymous sonnet in memory of Robert Burns copied into one of our 18th century books, as he explains below….

“The Scottish poet Robert Burns died on 21 July 1796, at the age of 37, and his death prompted a widespread outpouring of elegies and other poetic memorials across Britain. In Liverpool, several such elegies were published in The Liverpool Phenix [sic] or Ferguson’s Weekly Gazette, a local newspaper. Of these, four were then collected in a pamphlet called Liverpool Testimonials, to the Departed Genius of Robert Burns, the Scottish Bard, published by a firm of printers, Merritt and Wright, operating from Castle Street.

The book is not dated and so far no advertisements for it have been found, but it must date from within a few months after Burns’s death, as the idea of the publication was in part to help raise money for Burns’s widow and children, left by his death, as the preface indicates, in poverty. Thirty-five subscribers were listed, with the amounts donated to the cause. Dr John Currie, who would edit a large edition of Burns in 1800, heads the list with ten guineas, and there are contributions from William Roscoe, William Rathbone, the Rev. William Shepherd, several members of the Gladstone family, and two bookselling firms.

The publication was also designed as a sort of showcase for the talents of ‘the Gentlemen of Liverpool’ who wrote them, on grounds of their ‘distinguished merit’. By the 1790s, Liverpool could boast a lively coterie of poets, mostly of radical, reformist, and anti-slavery views.

We notice these circumstances with pride and pleasure, as we conceive they are not less characteristic of the taste for letters which has lately distinguished this town, than the liberal subscription raised here for the family of the unfortunate Bard, is characteristic of its benevolence.

The first three poems are by ‘J.B.’, identified in the Liverpool SCA copy as ‘Jno. Bree’; ‘G. P.’ (George Perry), and ‘W. R.’ (William Roscoe). The fourth printed poem is by ‘E. W.’, actually Edward Rushton, the blind poet and anti-slavery campaigner (1756-1814), and identified as such, in pencil, in the British Library and Liverpool copies. Rushton’s poem, a kind of tribute to Burns’s own ‘To a Mountain Daisy’, was reprinted in his volume of Poems (1806). Rushton was also a Liverpool agent for Currie’s 1800 edition of Burns, selling it from his shop in Paradise Street.

The manuscript ‘Sonnet’ about Burns reproduced above was written onto the blank final leaf of Liverpool’s copy of Liverpool Testimonials at some point relatively soon after publication. This has not been previously identified, but it is in fact also by Rushton, and was printed, alongside his longer elegy, in an Edinburgh book called Fugitive Pieces (1797), p. 103. It was also widely known in America, being reprinted in The Time Piece, 25 September 1797, The Medley, 20 October 1797, and New-York Gazette, 2 October 1797. Poulson’s American Daily Advertiser, 19 April 1803, printed it under the title ‘Helpless Swallow’, and ascribed it to Roscoe, and at least six other American papers to 1813 followed suit in that mistake.

Rushton himself included a revised version of the poem, now called ‘The Swallow’, in his book of Poems of 1806, and the poem gained in recognition and reputation following Rushton’s death in 1814. Another Liverpool paper, The Kaleidoscope of 22 November 1825, reprinted it from Rushton’s posthumous collection of 1824, as it ‘feelingly and beautifully depicted the power of sympathy for the suffering child of genius’; it then turned up in The Preston Chronicle, 13 October 1832, with some approving commentary on Rushton and his son, the political reformer also called Edward; and in The Leicester Chronicle, 26 January 1833. It was also quoted approvingly in an article on social issues in The Liverpool Mercury, 28 August 1846.

The manuscript text we have in our copy of Liverpool Testimonials is a fair copy,
not a working manuscript, and certainly not an autograph, though Rushton did,
after a series of operations, regain some sight in one eye from 1806-7. It was
probably copied in from a printed source to ‘complete’ the volume. The left hand
edge has been cropped in binding, but it is possible to reconstruct the text
fully from printed copies; it follows the ‘early’ text established in Fugitive Pieces (1797), rather than Rushton’s revised version of 1806, though it is likely that both Fugitive Pieces and the manuscript derive from a local newspaper printing, not yet found.

Much will he struggle, but can never rise:

Go raise him even with the daisy’s head,

Haply the caterer for an infant train,

While all his efforts to arise are vain.

Yet should the hand of relative or friend

Soon would the wings of industry extend,

Soon would he rise from anguish to delight.

And from despair’s dark verge, oh! raise the woe-worn
wretch.

22 November 2014 marks the bicentenary of Rushton’s death, and the city of Liverpool will be marking the occasion with an exhibition, a specially-written play, an academic conference, and two books from Liverpool University Press: an edition of the poems by Professor Paul Baines of the School of English and a critical study of his work by Dr Franca Dellarosa of the Università degli Studi di Bari “Aldo Moro”.