As part of our series introducing new summer acquisitions to SC&A, we are pleased to showcase two items from 1854 and 1890.

Controul of the passions, printed in 1854, is, on the surface, a guide to the “duties and obligations of the married state”. With a brief nod towards conjugal relations the text focuses primarily on “self pollution”, gonorrhoea and other venereal diseases and includes some choice images of the ravages of syphilis. 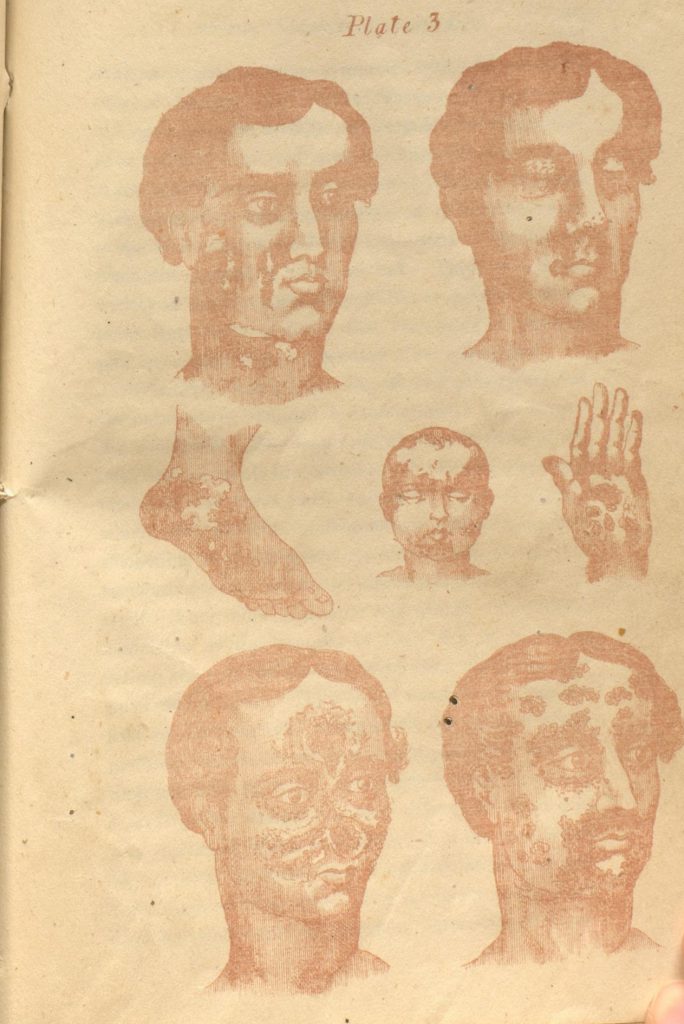 This item is exceptionally rare, despite it being printed as the twenty first edition, with no copy with this imprint being recorded elsewhere. In keeping with the theme of sexual health and propriety, the second acquisition is The golden referee: a guide to health, printed in 1890.

Heavy on “the injurious effects of solitary and sexual indulgence” one of the most interesting aspects of this book is a printed note on the inside upper wrapper stating that the copyright for the item is owned by Joseph Thornton Woodhead. The same Mr. Woodhead was the owner of the Liverpool Museum of Anatomy, a notorious attraction which remained open in Liverpool until 1937. On the lower wrapper is an advertisement for the Museum, previously at 29 Paradise Street, which seeks to present it as “An interesting collection! An intellectual study!! And a public advantage!!!”. In reality it offered a mix of models and diagrams of the human body, discreet consultations for men with sexual problems and even courses on midwifery with a heavy tone of morality, rather than titillation.

Already included in the collections here at SC&A is a copy of the descriptive catalogue of the Museum at shelfmark Y87.3.222, which includes a matching advertisement to the one found on The golden referee.